She was married to Joseph James, with whom she has a son Jaylin. During an appearance on The Mo'Nique Show, as well as The Doctors, she shared that she also has a daughter. In 2014, Vaughn appeared on The Doctors and revealed she suffered from hair loss due to bad reactions from glue used on wigs she wore for many years. She also has discoloration on her skin in many places.


Reality television
As of mid-2000s, Vaughn began appearing in the number of reality shows. She appeared in the third season of Celebrity Fit Club which premiered in January 2006 on VH1. On episode four,she announced that her and husband, James, were ending their marriage. During the course of the show, she became the first cast member to ever gain weight, with a weight gain of 2 pounds. It was said on the season finale that she was simply trying to lose weight at the wrong time. She later appeared as a contestant on MTV's Celebrity Rap Superstar which premiered August 30, 2007. She studied under Warren G for the show. On September 27, 2007, an illness caused her to be eliminated from the competition.

In 2014, Vaughn began starring in the TV One reality series Hollywood Divas, alongside Golden Brooks, Lisa Wu, and Paula Jai Parker. The series premiered on October 8, 2014. She is one of the black actresses trying to navigate their career, family and relationships, while attempting to stay relevant in an unpredictable entertainment industry known for overlooking black talent. During the first season, Vaughn revealed that she had an abortion around the age of 18. She said that “I had an unwanted pregnancy. I had just started my TV show. I knew that in black Hollywood a girl having a baby, they’d get rid of you. I had to do something about it. I had to make a decision to get rid of a child for my career. 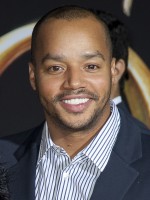 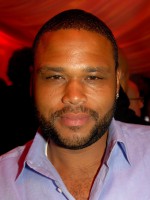 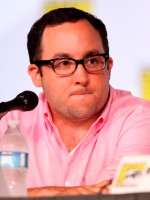 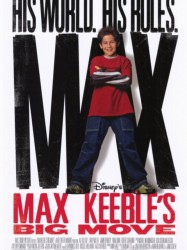 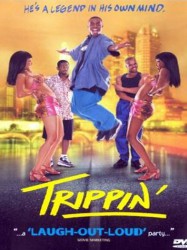 Greg (Deon Richmond) is nearing the end of his high school days as graduation slowly approaches. He is also anxiously awaiting prom and has the hopes of going with Cinny (Maia Campbell), the school's local beauty. Along with these wants, Greg is also an avid daydreamer and daydreams (trippin') over everything. Most of his "trips" are reversals of real world events, such as visualizing himself as a military commando when confronted by bullies, or as a super genius when in fact he struggles academically. Since he is about to graduate his mother and a teacher encourage him to apply for college. He finally realizes asking for help with the college applications is a great way for him to get in good with Cinny. So they slowly start a friendship but Greg wants it to blossom into a romance so he begins to lie about things. Things go smoothly and are believable until they fall apart one day. Afterward, Greg realizes he needs to stop daydreaming ("trippin'") and focus.