Nom de naissance Clara Nneka Oluwatoyin Folashade Chukwurah
Naissance 24 juillet 1964 (57 ans)
Clarion Chukwura (born Clara Nneka Oluwatoyin Folashade Chukwurah; 24 July 1964) is a Nigerian actress and humanitarian. She was recognized as a United Nations peace ambassador for her charity work across Africa. She was the first Nigerian to win the Best Actress category at the 1982 FESPACO film festival in Burkina-Faso.
She is the mother of music video director Clarence Peters.

Chukwura was born as the only daughter in a family of 4 on July 24, 1964. She pursued her secondary education in Queen of the Rosary College then studied Acting and Speech at the Department of Dramatic Arts of Obafemi Awolowo University. She is from Anambra State. 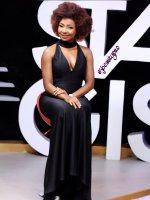 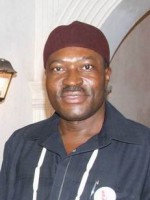 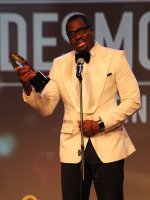 The film reflects on the struggle for Power, Money and how having the influential connections in Abuja, the capital of Nigeria, can bridge the line between poverty and wealth. Jennifer and Sophia are rivals in this game, they happen to belong to the same clan and have inside information of each other’s mission. However, Jennifer is far ahead of the game. She always defeats Sophia. Sophia is now fed up with the humiliation, she decides to stop the rivalry and look for Money and Power else where. Will she succeed? Or has Jennifer finally won the Battle?