Nom de naissance Bruce Joseph Forsyth-Johnson
Nationalité Royaume-uni
Naissance 22 février 1928 (91 ans) à Edmonton (Royaume-uni)
Récompenses Commandeur de l'ordre de l'Empire britannique
Sir Bruce Joseph Forsyth-Johnson CBE (born 22 February 1928) is a British television presenter and entertainer whose career spans 75 years. In 2012, the Guinness World Records recognised Forsyth as having the longest television career for a male entertainer.
Forsyth came to national attention from the mid-1950s through the ITV series Sunday Night at the London Palladium. Since then he has hosted series such as The Generation Game, Play Your Cards Right, The Price Is Right and You Bet! He co-presented Strictly Come Dancing from 2004 to 2013. Forsyth is known for his catchphrase, "Nice to see you, to see you nice".

From 1953 to 1973, Forsyth was married to Penny Calvert, with whom he had three daughters: Debbie, Julie and Laura. According to his autobiography, he dated Miss World 1964, Ann Sidney, during her reign and in a 2009 interview, Kathy Kirby claimed that she had been Forsyth's lover and that he had proposed marriage. From 1973 to 1979, he was married to Anthea Redfern, the hostess on The Generation Game; they had two daughters, Charlotte and Louisa. Asked to judge the 1980 Miss World competition, he fell in love with fellow judge, the 1975 Miss World, Wilnelia Merced from Puerto Rico; they married in 1983, and have one son together. By his six children, he has nine grandchildren and three great-grandchildren.

Due to his love of golf, his main residence is at the Wentworth Estate adjacent to the Wentworth Golf Course near Virginia Water in northwest Surrey. A childhood supporter of Arsenal, when the team's stadium was taken for air-defence searchlights during the Second World War, matches were played at Tottenham Hotspur's White Hart Lane ground, so he became a supporter of both clubs. His daughter Julie was a member of the pop group Guys 'n' Dolls. She later formed the duo "Grant & Forsyth" with her husband Dominic Grant who had also been a member of Guys 'n' Dolls.

Forsyth has his own company, Bruce Forsyth Enterprises Ltd, based in Surrey, to run his day to day monetary affairs.

Forsyth is an avid supporter and ambassador for the children's charity, Caudwell Children, regularly appearing at many of their high profile fund raising events.

In August 2014, Forsyth was one of 200 public figures who were signatories to a letter to The Guardian opposing Scottish independence in the run-up to September's referendum on that issue. 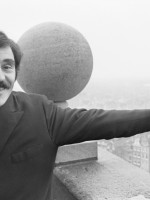 The aging "La Scala" bingo hall is administered by Welsh-Italian Giovanni Anzani (Freddie Jones). In its heyday, it was the United Kingdom's biggest bingo hall, but its glory days are gone... and though the facility is run-down, the staff is loyal. Gavin (Jason Hughes) is the cheeky bingo caller. When a large international conglomerate announces they are about to open a huge family entertainment center nearby, promising competition through large payouts for their own bingo competitions, Linda (Kelly Macdonald) comes to the aid of the La Scala using her psychic gift.
Déjà vu ?
J'adore 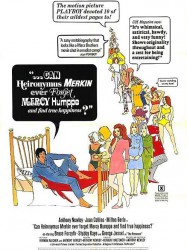 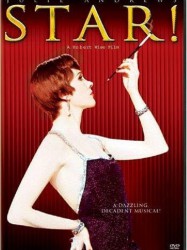