Bob was born in Bellingham, Washington, the only child of Lewis, a champion tennis player, stockbroker, World War One veteran under an assumed name, and World War Two Coast Guard volunteer and Christine Arbogast, a champion tennis player. Bob attended John Marshall High School in Los Angeles where he was on the league champion tennis team and was graduated in 1944. Upon graduation he enlisted in the navy during which time his unit was awarded the Presidential Unit Citation and Bronze Star for bravery for a multi-ship raid into Tokyo Bay. He was demoted from Signalman 3rd class to Seaman 1st class when his commanding officer told him to hop to it and Bob proceeded to jump up and down on the deck of the USS Brush. At the train station in Atwater Village (Glendale), upon his return from the south pacific theater, he saw the coffins of many of his classmates from Marshall High who gave their last full measure of devotion and did not live to see a world without war. When the war ended, he attended Los Angeles City College and then the University of Arizona on the GI bill. A radio program director from WHB in Kansas City heard Arbogast's nighttime show on the university's radio station and hired him immediately.

Bob went on to Chicago's WMAQ where he worked with Pete Robinson from 1951-53 (using as a theme song a charming version of Sicilian Tarantella played on an ocarina) before moving to Los Angeles for a spell and returning to Illinois where he worked at WEAW in Evanston, Illinois. Then it was off to New York where he wrote for two shows, one featuring Tom Poston and another Peter Marshall. Next it was on to San Francisco's KSFO and KFRC and, finally, many stations in Los Angeles including KMPC from 1962–67, KLAC in 1967, KFI in 1968, and KGBS in 1969.

At KMPC, he wrote for Dick Whittinghill and Gary Owens, and he wrote with and was the partner of Jack Margolis at KLAC and KGBS. Their radio talk show at KLAC had the highest rating of any radio program in LA history up until that time (and perhaps still), with a 14.5 percent share of the audience. Due to a concentrated letter-writing campaign, they were fired for their objection to the Vietnam war and their pro-choice stance. They may have been among the last fired due to the McCarthy dealings of the fifties. The pair also hosted a television show on KTTV for a while.

Arbogast created the Question Man in Kansas City in 1951 and used it on the Poston Show in NY where it eventually ended up on The Steve Allen Show, much to the surprise of both Bob and Steve - as Allen acknowledged in his book, The Question Man. The concept lives on in Johnny Carson's Carnac the Magnificent and Jeopardy!.

In 1958, Arbogast teamed with Stanley Ralph Ross to write and perform the hit 45 rpm single "Chaos, Parts 1 and 2," which when it came out (on Liberty Records #55197), sold 10,000 copies in three days, and then was banned from radio play on the fourth day - when stations realized that it satirized "Top 40" radio. Dr. Demento has kept "Chaos" alive. In addition, they co-wrote the album of parody songs titled My Son, the Copycat (a take on Allan Sherman's albums) and the book Speak When You Hear the Beep.

Arbogast had numerous screen credits for cartoons and commercials, and had appeared on television shows and in movies. He did frequent uncredited voiceovers for Sesame Street segments. He was the voice for the original "What would you do for a Klondike Bar?" advertising campaign and of the animated Granny Goose for the Granny Goose potato chip campaign (What is Granny's secret? I won't say...") Among hundreds, Arbogast is perhaps most famous for his voicings of General G.I. Brassbottom, Noodles Romanoff, and Ma Ramjet in the Roger Ramjet cartoon, Jack Wheeler in the Hot Wheels cartoon, and Snogs on the Hanna-Barbera animated series Monchhichis. He also voiced several characters in the classic Hanna-Barbera series The Jetsons. Not to be forgotten were Arbo's stylings of Barry Bear and Drummy Drummer, popular seventies pull-string toys - "I'm Barry Bear, like to meet my paw?" "I'm Drummy Drummer. I went to school at the school of hard knocks." - and his renditions of hamburgers in early McDonald's commercials. While in elementary school at Franklin Avenue in Los Angeles, his son John was scolded when asked by his teacher, Mrs. Horowitz, what his father does for a living. John replied "he is a bear." Refusing to recant, a meeting with the teacher, principal and Bob resulted in free hot dogs on "Hot Dog Wednesday" for John for a year. John also has many voices still running on Sesame Street.

One of his most popular bits was his portrayal of little old lady Emily Norton for KMPC.

Arbogast won an Emmy as a writer for Stars of Jazz in 1958 and a Clio in the '70's, for the Highland Appliance Co. of Detroit. He wrote for Sesame Street and The Pat Paulsen Show. He also has the dubious distinction of writing for the shortest lived television show ever, Turn-On, which was canceled after one night because it satirized, among others, the Pope. He co-starred (had two lines and 6 minutes on camera) with Timothy Hutton and Sean Penn in the motion picture The Falcon and the Snowman and he drove the bus in Linda Lovelace for President.

Bob was a jazz aficionado, Chicago Cubs and UCLA Bruins fan, and animal lover. He and his wife, Jan, lived in Mariposa, California where they enjoyed country living, tending to their garden, caring for their pets, and the pleasures brought by the internet and satellite radio and television. With his previous wife, Joanna, he raised a daughter and three sons. His oldest son, Peter, is the radio voice of USC Trojan football, his middle son, John, is a USC honors grad, a highly decorated coast guard officer, retired Los Angeles city park ranger, history teacher, city champion pole vault coach and assistant track and field and cross country coach at John Marshall High School, and his youngest son, Jerry, is a UCLA grad and is a high school teacher in the Los Angeles Unified School District. His daughter, Paula, retired in June 2006 from her position as a teachers' union representative. With his first wife, Tobi, he had a son, Robert Jr. (Ted), an accomplished musical director and band leader, and the technology coordinator for Terlingua High School in Texas. Bob is also survived by six grandchildren and three great-grandchildren. 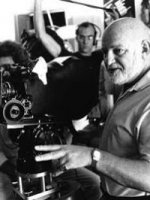 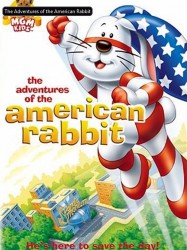 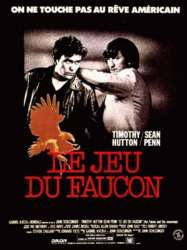 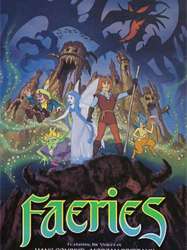 A young man, Oisin "(pronounced O-sheen)" returns home with a group of huntsmen from an unsuccessful hunt when a deer, revealing to be a faerie princess appears to him and takes him to her father, the Faerie King. The King begs Oisin to travel to Squalor Web Castle and defeat the evil Shadow who threatens Faerie Land. Oisin and his faerie helper Puck travel to the castle, encountering hags and goblins. They also save a Kobald from evil Trows. Eventually the three arrive at the lake, beyond which sits the castle. After meeting an Irish faerie who attempts to dissuade them from their mission, they arrive at the castle. Avoiding Red Caps, the Shadow's evil soldiers, Oisin makes his way to the tallest tower, defeats the Shadow, and returns to Faerie Land for a celebration before returning to his companions.
Déjà vu ?
J'adore 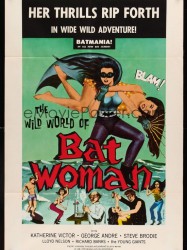