Blanks is a Christian and released a special line of Tae Bo workouts called the "Believer's" series that includes motivational prayers and other Christian components. He has appeared on the Christian television network TBN.

Blanks married Gayle H. Godfrey, whom he met in karate class. Gayle's daughter, Shellie, born on June 28, 1974, was adopted shortly after they married. Shellie Blanks Cimarosti, now an accomplished martial artist, is prominently featured in almost all of Blanks' Tae Bo videos and has recently produced her own video called Tae Bo Postnatal Power, as well as hosted her father's new infomercial Tae Bo T3 (Total Transformation Training). Gayle and Blanks also have a son, Billy Blanks, Jr., who works as a dancer, singer and fitness instructor, having produced several best-selling DVDs, including Cardioke and Fat Burning Hip Hop Mix. He has also starred in a touring production of the musical Fame, and has worked as a dancer in music videos with Madonna, Quincy Jones and Paula Abdul.

Blanks and Godfrey were divorced in 2008 after 33 years of marriage. According to the Petition for Legal Separation filed by her on April 22, 2008 in Los Angeles Superior Court, she and Blanks had been separated since September 25, 2007. The reason given in the petition for the separation is "irreconcilable differences."

In November 2008, Blanks became the father of a new daughter, named Angelika. The mother is his Japanese interpreter at the time, Tomoko Sato, whom he has known since 2007. Blanks and Sato's marriage was formally registered in January 2009 and their wedding ceremony was held on June 20, 2009. He has also adopted his new wife's two daughters, Marriett and Erika Peterson. Ken Marks is the new student at his new school in Phoenix, AZ. There he meets the girl of his dreams named Julie. Unfortunately, she has a boyfriend, Tom, who is not only possessive of her but is also a brutal karate expert and considers himself "King of the Campus". Ken also meets Billy Grant, the school janitor. When Tom's bulling becomes too much for Ken to handle, Billy, who is not only a martial arts expert himself but also an ex-cop, decides to train Ken to defend himself. But when Billy learns that Tom's sensei is none other than Lee, an old enemy who wants nothing more than to see Billy dead, both Ken and Billy are pitted against their adversaries in two separate fighting matches at Lee's dojo where only one side can win, student vs. student, sensei vs.
Déjà vu ?
J'adore Thanks to Sheriff China O'Brien (Cynthia Rothrock), Beaver Creek, Utah has been designated the safest community in the state. But the town once again becomes unsafe when it becomes the hideout of escaped drug kingpin Charlie Baskin (Harlow Marks).
Déjà vu ?
J'adore 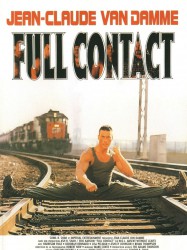 A man gets beaten by his opponent, but after he finds out the fight was rigged, he decides to fight back. He kills his opponent and is announced as the winner. On his way back to his home, another man kills him.
Déjà vu ?
J'adore