Henderson was born in Chicago, Illinois. Henderson's acting credits have been numerous. Beginning in the mid-1970s, and continuing to this day, he has frequently appeared on television in supporting, usually one-time roles. His film roles have followed a similar trend — minor and supporting roles.

Henderson began his professional music career in 1952, performing in Chicago with Ramsey Lewis, and began recording as a leader after a move to New York in 1958. He has since recorded and performed with artists such as Oscar Peterson, Jimmy Smith, Count Basie, Yusef Lateef, Booker Little, and Eddie Harris. Henderson also recorded his own vocal tracks as "King Blues" in the 1983 comedy Get Crazy. In 1999, Henderson made a guest vocal appearance on Charlie Haden's album The Art of the Song. Still in prime form, Henderson continues to sing regularly in and around the Los Angeles area. 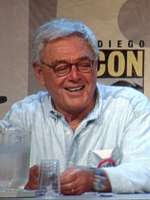 Greg (Deon Richmond) is nearing the end of his high school days as graduation slowly approaches. He is also anxiously awaiting prom and has the hopes of going with Cinny (Maia Campbell), the school's local beauty. Along with these wants, Greg is also an avid daydreamer and daydreams (trippin') over everything. Most of his "trips" are reversals of real world events, such as visualizing himself as a military commando when confronted by bullies, or as a super genius when in fact he struggles academically. Since he is about to graduate his mother and a teacher encourage him to apply for college. He finally realizes asking for help with the college applications is a great way for him to get in good with Cinny. So they slowly start a friendship but Greg wants it to blossom into a romance so he begins to lie about things. Things go smoothly and are believable until they fall apart one day. Afterward, Greg realizes he needs to stop daydreaming ("trippin'") and focus.
Déjà vu ?
J'adore Barbara Wyatt-Hollis wins the hearts of her academic colleagues with her quick wit and irresistible but definitely quirky personality. Though popular with her students, she might not have gotten tenure if she were not a truly distinguished poet. Barbara has won many prizes and now has been nominated for the Longfellow Award, given only once a decade.
Résultats 1 à 15 sur 25
12Page suivante >