From 2009 to 2015, Small provided the voice of Thomas in the UK version of the CGI episodes of the children's television series Thomas & Friends. Small also provided voices for Toby and Ferdinand in the UK version while voicing Rheneas, Flynn, the Troublesome Trucks and Owen in both the UK and US versions of the series.

In the US version, he voiced Stanley and Charlie, who are voiced by Small's co-star Matt Wilkinson in the UK.

Small left the show as his contract was not renewed past Series 18 of the show and the executives wanted to give Thomas the Tank Engine a fresh new voice.

As well as Thomas & Friends he and fellow British actor Keith Wickham previously worked together providing the British voices for Watch My Chops from 2004-2006.

Prior to that he was the BBC voice of Clifford the Big Red Dog's best friend: "T-Bone".

He also voiced Zorro in the animated tv series called Zorro: Generation Z and played the voice of Spuddy in Lewis And Friends. 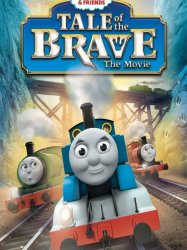 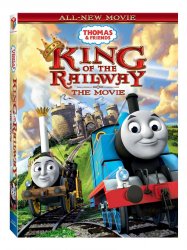 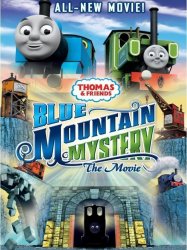 After witnessing a new engine, Belle, extinguish a fire, Thomas and Percy shunt her to the Steamworks when she runs out of water. Once there, Sir Topham Hatt congratulates her, but says they need another fire engine. When Belle suggests Flynn, the matter is arranged to bring him over from the Mainland.
Déjà vu ?
J'adore 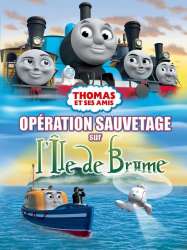 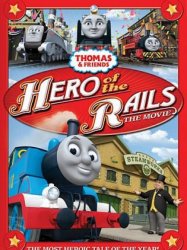 One summer on the Island of Sodor, Spencer (voiced by UK: Matt Wilkinson/US: Glenn Wrage) arrives to help the Duke (voiced by UK: Matt Wilkinson/US: William Hope) and Duchess (voiced by UK: Teresa Gallagher/US: Jules de Jongh) with the construction of their new summer house. After being an absolute nuisance to all of the other engines by teasing and bossing them around, Thomas (voiced by UK: Ben Small/US: Martin Sherman) accepts Spencer's challenge to a contest of strength, taking heavy cargo around the island. Thomas's brakes fail after climbing a tall hill, and he runs out of control through an overgrown, abandoned line. There, Thomas finds an old abandoned Japanese engine named Hiro (voiced by Togo Igawa). Hiro doesn't want the Fat Controller (voiced by UK: Keith Wickham/US: Kerry Shale) to find out, fearing he will be scrapped, so Thomas promises to keep him his secret and work to make Hiro "Master of the Railway" once again. Later, he's taken to the Sodor Steamworks for repairs, where he finds old parts for Hiro. He takes them with permission from Victor (voiced by UK: Matt Wilkinson/US: David Bedella), the Steamworks engine, only to discover that Hiro's hiding place is dangerously close to the Duke and Duchess's new summer house.
Déjà vu ?
J'adore 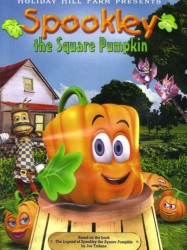 Spookley the Square Pumpkin is found in the pumpkin patch by two bats, Bella and Boris. The round pumpkins tease Spookley, which made him sad. At first the other pumpkins make fun of him because Spookley is square. Later, Jack (the scarecrow) allows him to compete in the 'Jack-a-Lympics' contest. Three spiders, who show sympathy for Spookley, decide to help him in the Jack-a-Lympics just so they can help themselves to the prize, a crown made of candy corn. One of the spiders is revealed to have a crush on Bella. Eventually, Spookley shows kindness to the other pumpkins that made fun of him by saving their lives on the farm during a terrible storm, since he's immune to the storm's strong conditions. At the end, it shows the farmer finding Spookley and carrying him to his house where he places Spookley on the porch lit up with a candle for all to see. The other pumpkins begin to glow as well.