Nom de naissance Arnaud Tsedri
Nationalité France
Naissance 11 mars 1975 (46 ans) à Bordeaux (France)
Arnaud Tsedri (born 11 March 1975), better known by the stage name Arnaud Tsamere ([aʁno tsamɛʁ]), is a French comedian, actor, television presenter and sports journalist. Born in Bordeaux and raised in the Yvelines, he joined the Déclic Théâtre group after quitting his sales job. There, he acted in plays and participated in improvisation events. He wrote his first one-man show, Réflexions profondes sur pas mal de trucs, in 2002 with Arnaud Joyet, and his second, Chose Promise, in 2007 with Joyet and François Rollin. His third, Confidences sur pas mal de trucs plus ou moins confidentiels, has been performed since 2014. He has attended numerous comedy festivals and is currently a member of the Ligue Majeure d'Improvisation.

Tsamere's television career began when he presented the weather forecast on Canal+. From 2010, he became well known for appearing on France 2's sketch comedy show On n'demande qu'à en rire—and its short-lived spin-off the ONDAR Show—after he was discovered by Laurent Ruquier; he often performed sketches with Jérémy Ferrari. He also plays Captain Sport Extrême in the comedy science fiction programme Hero Corp. In 2014, he hosted TMC's Canapé Quiz; he has also appeared on various French talk, sports and game shows. Tsamere has acted in several films, including the short Being Homer Simpson with Philippe Peythieu and Véronique Augereau, and Fonzy, a 2013 adaptation of Starbuck.

Tsamere's partner is the racing driver and television presenter Margot Laffite (daughter of Jacques Laffite); their first child was born on 4 February 2015.

Tsamere is a cycling enthusiast and a fan of association football; he called the latter "My first great love to which I have remained faithful for so many years". He is a user of Twitter and describes himself as "a bit of a geek", but says that he never retweets fans. He uses an iPad, which he says has allowed him to read more: he "love[s] new technology like a kid". Tsamere quit smoking in June 2012, saying that tobacco "disgusted" him; he uses an electronic cigarette.

He enjoys romantic comedy films, of which his favourites are Pretty Woman and Notting Hill. Tsamere's favourite television programme is the Belgian documentary series Strip-Tease, and he describes himself as "a real TV addict". He also likes Grey's Anatomy, and Hero Corp, in which he appears—he says he is "not ashamed" to watch himself. He has read Une Vie by Guy de Maupassant, which he described as "so beautiful", and the biography of Apple Inc. founder Steve Jobs, which he said is "the story of an incredible life". 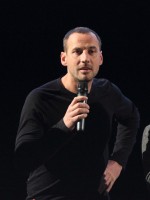 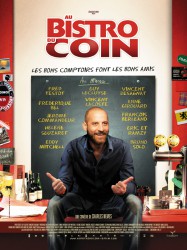