Skellern attended the University of Sydney, where she was a prominent student activist. In the first season of The Chaser's CNNNN, an Australian television show satirising American news channels CNN and Fox News, she played her namesake Anna Skellern, a no-nonsense war correspondent noted for the frequent loss of her cameramen and dubbed 'the perfumed abattoir'. In 2004, CNNNN shared the Logie Award for 'Most Outstanding Comedy' with Kath & Kim.

Relocating to London, in July 2007 Skellern graduated from the Guildhall School of Music and Drama. In that month she made her professional stage debut in the successful West End production The Vegemite Tales, playing the role of Maddie.

Skellern was cast as the new Sapphire in the radio show Sapphire and Steel from Big Finish – beginning with "Second Sight".

Skellern filmed for the sequel to Neil Marshall's critically acclaimed horror film The Descent, The Descent Part 2, which was released in late 2009. The script sees a survivor from The Descent forced back into the system of caves she battled her way out of in the first film, in a bid to locate the rest of her group. Skellern played one of the members of the new search team that accompanies the survivor back into the caves.

Skellern spent time in Africa filming the lead role in the thriller, Siren, with Eoin Macken and Tereza Srbova. She also plays Jo in the new feature, A Passionate Woman, directed by Kay Mellor and Antonia Bird, with Billie Piper and Sue Johnston.

She played the role of Lexy Price in series 2 of Lip Service broadcast on BBC Three in April 2012. 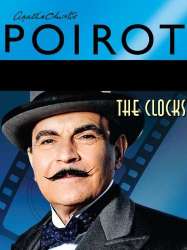