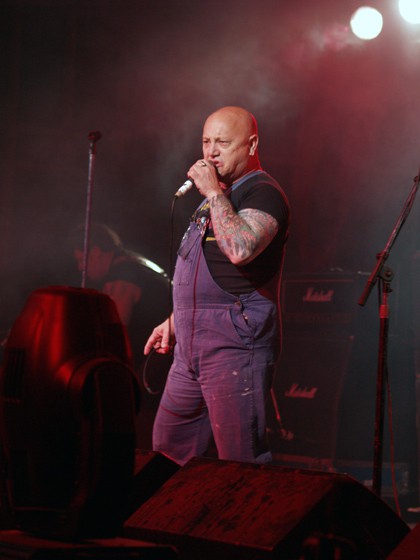 On Australia Day (26 January) 1993, Anderson was made a Member of the Order of Australia for his role as a youth advocate. According to rock music historian, Ian McFarlane, "over the course of a lengthy career, [the] gravel-throated vocalist ... has gone from attention-grabbing, rock'n'roll bad boy to all-round Australian media star." On 16 August 2006, Rose Tattoo were inducted into the Australian Recording Industry Association (ARIA) Hall of Fame.

Gary Stephen Anderson was born on 5 August 1947 in Melbourne, Victoria, to an Australian father and Mauritian mother. He has a brother living in Melbourne by the name of Rodney. Anderson's nickname of "Angry Ant" developed "during his youth after his aggressive and volatile nature got the better of him." According to Anderson, his father "was a deeply troubled man... I've dealt with my rage, my pain... I was a very angry boy... When he was around he was a very explosive person." Anderson used his uncle, Ivan, as his role model, he "was a cigarette-smoking, beer-drinking, leather jacket-wearing, motorcycle-riding drummer in a swing band." Anderson grew up in suburban Coburg and attended Coburg Technical School before working as a fitter and turner in a factory. Initially he wanted to be a blues guitarist, "I wanted to be like all the great blues guitar players, then I wanted to be like Bob Dylan, then of course... John Lennon." Anderson found himself in a band with three possible guitarists and "[t]he other two were much better than me, so the only other thing we needed was a singer... [we] had to sing 'Twist and Shout' without accompaniment. I just happened to be the best one at it."

From 1971 to 1973, Anderson led rock group Peace Power and Purity and came to wider public notice as the lead vocalist with Buster Brown. He fronted the hard rock and blues rock band from its foundation in 1973, the original line-up included Phil Rudd on drums, who left in 1974 to join AC/DC. In 1975, Buster Brown released an album, Something to Say, on Mushroom Records/Festival Records before disbanding in November that year.

In 1976 in Sydney, Rose Tattoo was formed by Peter Wells of the heavy metal band Buffalo. Anderson had relocated to Sydney and replaced the group's original singer Tony Lake. When their drummer Michael Vandersluys departed soon afterwards, he was replaced by Dallas Royall, who had been Rudd's replacement in Buster Brown. Their most popular single on the Australian Kent Music Report Singles Chart was "Bad Boy for Love" from 1977, which peaked at No. 19. Rose Tattoo's 1981 tour of Europe included an appearance at the Reading Festival, where Anderson repeatedly head butted the amp stacks until his scalp started bleeding.

Anderson's debut as an actor was a minor role in Bullamakanka (1984). In 1985, he appeared as the character Ironbar Bassey in the film Mad Max Beyond Thunderdome. Later that year, Anderson joined as a guest vocalist with The Incredible Penguins, for a cover of "Happy Xmas (War Is Over)", a charity project for research on little penguins, which peaked at No. 10 in December. In 1987, he played Lenin in the musical, "Rasputin", at the State Theatre in Sydney.

Anderson led Rose Tattoo through six studio albums until disbanding the group in 1987, by which time he was the only member remaining from the early line-up. During 1986, as Rose Tattoo was winding down following the recording of Beats from a Single Drum, Anderson joined The Party Boys for an Australian tour, but never recorded with them. By this time Anderson had established himself as an advocate on social issues and made regular appearances on the Channel Nine programs The Midday Show with Ray Martin and then A Current Affair as a human interest reporter.

In 1987, Anderson had his biggest hit, when the uncharacteristic ballad "Suddenly" from the album, Beats from a Single Drum, was used as the wedding theme for the Neighbours episode in which the popular characters Scott Robinson and Charlene Mitchell married. Mitchell's character was portrayed by pop singer, Kylie Minogue, who had issued her debut single in July as a cover version of "Locomotion." "Locomotion" was at number one on the Australian charts preventing "Suddenly" from reaching the top spot. Beats from a Single Drum had been planned as Anderson's debut solo release, but had initially been billed as a Rose Tattoo album due to contractual obligations; however, after the success of "Suddenly", it was re-released in 1988 as an Angry Anderson solo album. In November 1988, the single reached number three on the UK Singles Chart after the episode aired there. In 2009, in homage to this moment, the song was featured in the final episode of BBC3's comedy Gavin & Stacey, during the wedding of characters Nessa and Dave.

With the dissolution of Rose Tattoo, Anderson pressed on with his solo career, releasing the album Blood from Stone in 1990 which provided the No. 11 hit single "Bound for Glory." He performed the song during the pre-match entertainment at the 1991 AFL Grand Final between Hawthorn and West Coast, appearing on top of a Batmobile. According to The Punch's Michael Phelan, Anderson's performance was "a teeth-gnashing, eyeballs-bleeding, nails-scratching-down-a-blackboard rendition" and rates it as the worst pre-game display in Australian sporting history. In 1992, Anderson acted in the Australian arena-style revival of Jesus Christ Superstar as Herod. On Australia Day (26 January) 1993, Anderson was made a Member of the Order of Australia with the citation, "In recognition of service to the community, particularly as a youth advocate." Also that year, Rose Tattoo reunited to support Guns N' Roses on the Australian leg of their Use Your Illusion Tour, Guns N' Roses specifically requested The Tatts to support Them in Australia. However the reunion was short-lived and the band's members returned to their solo projects.

From 1994, Anderson has used his contacts in the media to organise a Challenge where a particular charity's project was completed with support of community and business groups. Examples of these Challenges include constructing a playground for handicapped children within 48 hours, assisting drought affected farmers with reserve feed for their stock, organising Christmas presents for socially and economically disadvantaged children and delivering artificial limbs for Cambodian land mine victims.

In the early years of the 2000s, Anderson participated in and organised a string of charity events. In 2002, Anderson played with former members of The Angels at the Bali Relief concert in Perth, Western Australia, held in aid of victims of the Bali bombing. Anderson is involved in the Dunn Lewis Youth Development Foundation, which is a lasting legacy of two of the 88 Australian lives lost in the bombings. In 2003, Anderson appeared in a cameo role as the character Kris Quaid in the independent Australian feature film Finding Joy. At the end of the film, he sings his hit "Suddenly."

In 2011, Anderson appeared in a guest role in the Australian movie Suite for Fleur, as Silas, Fleur's father, a carpenter and furniture maker living in Byron Bay. In December, Anderson joined Doc Neeson - The Angels, Mark Gable - The Choirboys, Buzz Bidstrup - The Angels, Phil Emmanuel and Matt Sorum (drummer for Velvet Revolver) on-stage to celebrate the opening of a Hard Rock Cafe in Darling Harbour. In January 2012 Anderson announced that Rose Tattoo would disband – he is a member of the National Party and is considering using his birth name, Gary, for "political expediency" when running as a candidate in the next federal election.

In 2014, Anderson was featured on 7mate's successful television series Bogan Hunters as one of eight celebrity judges. Later that year, Anderson scored a role in the motion picture Fat Pizza vs. Housos. The film will be shown in Australian cinemas from 27 November 2014 onwards. 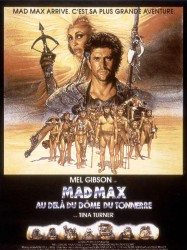 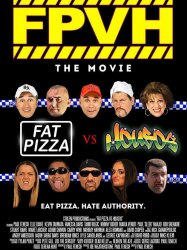 After serving 15 years in jail for assaulting a health inspector with a chainsaw, pizza chef Bobo Gigliotti is released. Upon his release, he and his Mama attempt to reopen Fat Pizza, their former business. They soon find that due to rent increases since the time they were last in business, the only place that they can afford to reopen their pizzeria is in the infamous housing commission suburb of Sunnyvale. Employing many of their previous workers including Sleek the Elite, as well as a few locals, their re-establishment in Sunnyvale results in conflict with local Housos, notably Shazza Jones, Franky Falzoni and Kev the Kiwi.
Déjà vu ?
J'adore 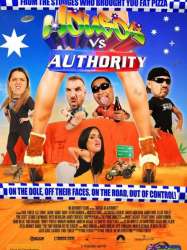 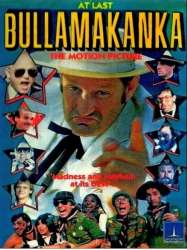 Rhino Jackson is seeking re-election as Mayor. He works with his son Taldo to hold a concer and win a horse race.