Naissance 3 mai 1975 (45 ans)
Andreea Bibiri (born May 3, 1975) is a Romanian film and stage actress, dubber and theatre director. She graduated from the Caragiale Academy of Theatrical Arts and Cinematography in 1996 and has won two UNITER Prize awards as an actress. She is best known outside Romania for the role of Ana, in Tudor Giurgiu's "Of Snails and Men".

Andreea Bibiri has inherited since childhood a passion for the film by the father when, before the Romanian Revolution of 1989, he came back from his many travels abroad with new materials of music and movies. In the early 90s under the influence of movies and American culture Andreea goes in the USA for further education but after a short period she returns to Romania to pursue acting. Another determining factor in the choice of profession was the effectiveness of Romanian theater in those years. She graduated from the Caragiale Academy of Theatrical Arts and Cinematography in 1996 and in the same year, after several roles during university, she makes her debut at the Bulandra Theatre with the personage Eleva (The pupil) in "The Lesson" written by Eugène Ionesco and with her first TV appearance in the film State of Things.

Meanwhile, she increases her theater work, in 1998 she makes the dubbing in Romanian language of a personage from "The Lion King II: Simba's Pride", the first from a long series of cartoons.

In 2001 she performs at the Bulandra Theatre with the character Sonya in "Uncle Vanya" written by Anton Chekhov, one of the most appreciated roles of her career and for which she is nominalized for "The UNITER Award for Best Actress". The show, directed by Yuri Kordonsky, runs successfully at the Festival Internacional Cervantino in Mexico but also in Italy. In 2014, after 13 years from the premiere, it is recorded and broadcast on TVR2.

Sonya and Agafya from Nikolai Gogol's play "Marriage" (2003) are the most enduring roles, surpassing the 150 performances along over a decade.

In 2002 Andreea becomes better known to a wider audience through the role "Eva Antal" of the first Romanian soap opera "În familie" (In family) produced by Prima TV. She also recorded acoustic performances for radio theater.

In 2004 she receives "The UARF Award" for her role in the film "Damen Tango" granted by "The Union of Authors and Film Producers from Romania" and in 2005 at UNITER Gala she wins "The Award for Best Supporting Actress" in "Forma lucrurilor", Romanian version of "The Shape of Things" written by Neil LaBute.

The following year, after more than a decade after her theatrical debut, she plays her first negative role Silvia Damian in the telenovela „Daria, iubirea mea” (Daria, my love) produced by Acasă TV. In 2007 Andreea is the winner of "The UNITER Award for Best Actress" for the character Grace in "Purificare", Romanian version of "Cleansed" by Sarah Kane performed at Cluj-Napoca National Theatre.

Between 2010 and 2012 Andreea portrays Ruxandra in the two seasons of the HBO's TV series "În derivǎ" about psychotherapy.

In 2013 Andreea begins a new phase of his career: she debuts as a Theatre director with the shows "Shot sau Comedia relațiilor" (Shot or comedy relations) and "Moș Crǎciun e o jigodie" (Santa Claus Is a Stinker) and in 2014 she performs for the first time the Improvisational theatre at "Comedy Show" in Bucharest. 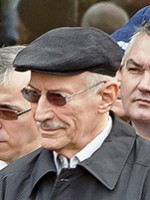 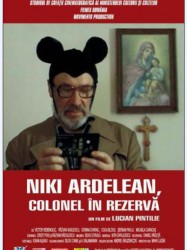