Abhyankar was born and brought up in Nagpur, Maharashtra. He was born in a middle-class family to Moreshwar and Ashadevi on June 2, 1963. His father was a labour welfare officer and his mother worked in the Post and Telegraph department. Abhyankar did his education till 12th standard from Nagpur and then moved to Pune, Maharashtra. He graduated in Commerce from the Garware College. He also worked in Bajaj Auto for over two years before turning to acting professionally. 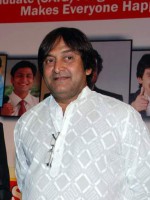 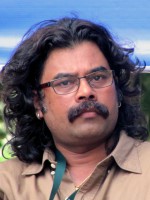 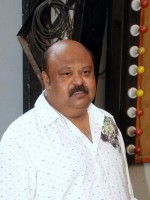 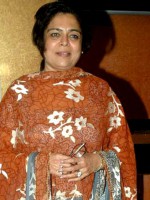 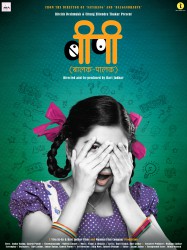 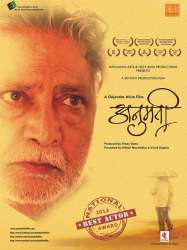 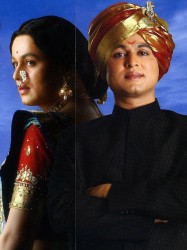 The film is a biopic on life on Balgandharva showing his struggles through poverty to riches and fame. Narayan Rajhans while in a public performance of his singing at Pune receives his new honour and name "Balgandharva". On advise of Shahu Maharaj, the king of Kolhapur state, he starts his formal training and joins Kirloskar Natak Mandali. Narayan wins claps of his audiences and becomes the key performer of all Sangeet Nataks. To please his insistent mother Narayan marries Laxmi. On the opening day (March 12, 1911) of his play Sangeet Manapamaan, his infant daughter dies. But he goes ahead with the performance and enthralls the audience. Due to disputes in the company Narayan decides to start his own company named Gandharva Natak Mandali. Fully devoting himself towards his passion of drama and singing he overlooks his family. Giving audience's satisfaction key priority he starts spending money without any considerations. He loses many of his friends because of such attitude. He blindly believes in Balasaheb Pandit, who keeps his company's accounts. Narayan's carefree nature results in his bankruptcy. Meeting Gohar Bai, who is his fan, he falls in love with her and leaves his wife and family. With his old age, he also loses the charm of holding audiences. When cinema is introduced, theatre fails to grab audiences. Balgandharva also signs contract with V. Shantaram's Prabhat Film Company to act in films. Money in films would also reduce his economic burden. But he never likes the methodologies of film production and abandons it after only one film where he plays the lead role of Sant Eknath. Looking at his poverty many Royalties pay him honorary amounts in order to repay his debts. But he in turn donates this money to other charities.
Déjà vu ?
J'adore

The film revolves around a man Vidyadhar Acharya, who moves to Mumbai from Varanasi, and finds it difficult to adjust to a place away from his city that’s rich with cultural heritage.
Déjà vu ?
J'adore A student commits suicide because of extreme anxiety over pressure from his parents to get good grades. The student's empathetic friends enlist the help of a lawyer named Sanjay to speak up against the parents, the government and the school system. The case draws national attention and generates massive public opinion.
Déjà vu ?
J'adore 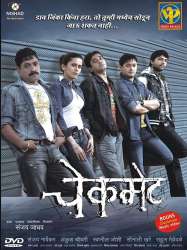 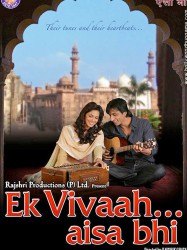 Ek Vivaah... Aisa Bhi is the story of Chandni (Isha Koppikar) who belongs to a middle-class family living in Bhopal and Prem (Sonu Sood) who is an unconventional ghazal singer and hails from an upper-middle-class family. Chandni and Prem meet to practice for a Ghazal competition and fall in love. On the day of their wedding Chandni's dad dies leaving her younger brother and younger sister dependent on Chandni herself. Initially Chandni decides to leave the house and her siblings under the care of her uncle- however when she realizes that her unscrupulous uncle and aunt want only the house and care two hoots about her siblings, she decides to bring them up herself. Prem promises to wait for her and keeps assisting her in all her troubles- while at the same time having become a prominent & famous ghazal singer.
Déjà vu ?
J'adore 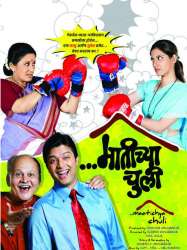 From the time her son is born till the time he becomes an adult, his mother nurtures him and looks after his every need. The son gets so used to the mother's care that he can't do without her even after he grows up. He gets married and his wife takes his mother's place. A sense of insecurity develops within the mother and the question "Will my daughter-in-law steal my son away from me?" starts troubling her.
Déjà vu ?
J'adore 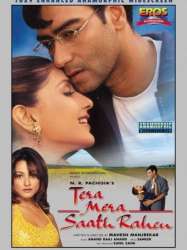 "Haathon Ki Lakeeron," the first of the four versions of the title song, opens up the drama.
Déjà vu ?
J'adore 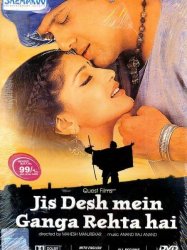 Gangaram alias Ganga (Govinda) lives a simple, straightforward life in a small village with his mom and dad (Shivaji Satham and Reema Lagoo), and his sweetheart, Saawni (Sonali Bendre). When the time comes for Ganga to marry, his parents inform him that his biological parents live in the city and want him to settle there. Ganga bids tearful farewell to his village and its inhabitants and travels to the city of his birth parents. He finds that he has an elder brother, who is married to Supriya, and younger siblings, as well as his birth parents, Avinash (Shakti Kapoor) and Radha (Himani Shivpuri), who are all very wealthy. Soon word spreads about Ganga being the latest eligible bachelor. He is asked to marry a socialite, Tina (Rinke Khanna), as per his parents' wishes. Ganga agrees to everything his new-found family wants him to do. Then visitors from the past visit Ganga and place him in a dilemma that will change his way of thinking forever.
Déjà vu ?
J'adore 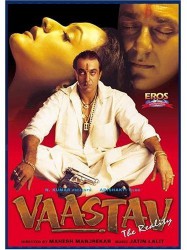 Vaastav opens with a family performing the annual rites of a dead person on the beach. When the young son of the deceased asks his grandmother all about the deceased, she begins to narrate the story.
Déjà vu ?
J'adore 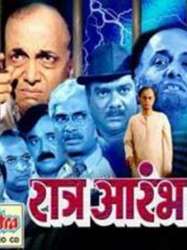 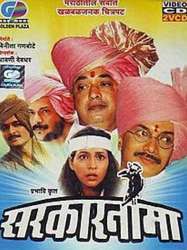 The film revolves around day-to-day political issues and corruption, centering on how some leaders make their money and lend support.