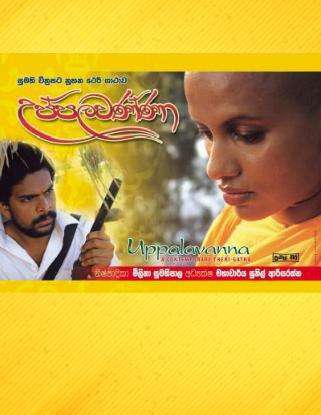 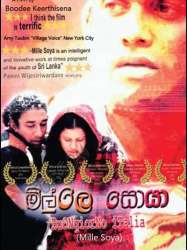 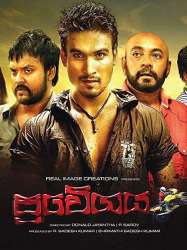 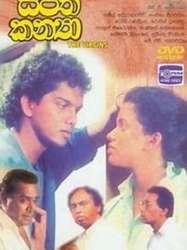 Akhil Ruwanwalla, (Kamal Addararachchi) a young photographer meets beautiful Deepthi (Sangeetha Weeraratne) in a pub. They become friends and later the friendship turns into love. Meanwhile, Akhil gets beaten by a set of gangsters and his camera is also stolen. It is revealed that the camera consisted of Deepthi's photos, which were taken by Akhil. Roni Kalupahana,(Hemasiri Liyanage) Akhil 's roommate is a newspaper editor, who is keen to write about truth, even if that means death for him. He writes about Akhil's incident as well and reveals information about groups who are behind such acts. Shocking his friends, he is soon murdered by the same groups. Anil and Deepthi's love affair grows and Akhil is enthusiastic about marrying her, although she is not. Akhil decides to open a new studio with his friend Jagath Wickremasinghe (Jayalath Manoratne) and he is financially assisted by Deepthi. On the day of the opening ceremony of this studio, Police comes to meet Akhil with a set of photos. He is told to identify the faces, of those whom he has encountered before. In the set of photos, he sees Dabare's (Tony Ranasinghe) photo, that is the leader of the gang who beat him up, while ago, as well as surprisingly Deepthi's photo. Unable to comprehend this, and to avoid Deepthi from being caught to the police for whatever crime she had committed, Akhil lies to the police, saying that he does not know any. But, the vigilant Police is too quick to determine that the Camera, that Deepthi had gifted Akhil, few minutes ago, was a stolen one. Akhil is about to be taken to the Police, when Deepthi discloses everything about her connections with the Dabare gang and her job as a female Pickpocket. Both, Akhil and Deepthi are taken to the Police, immediately. Akhil is free to go, but Deepthi is send to jail for two long years. Amidst all this, Akhil is not dejected as he still feels that he loves Deepthi, the same way.