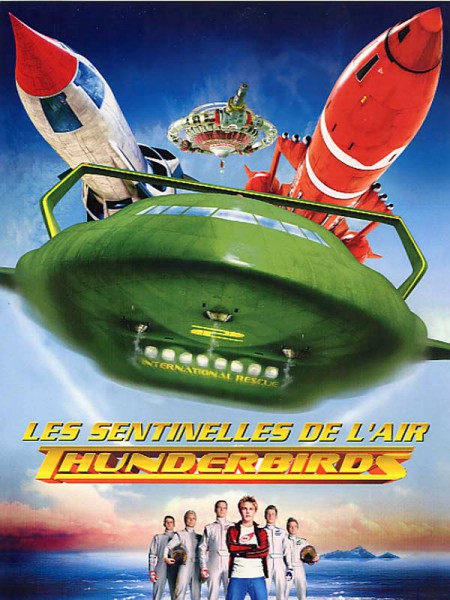 Partager la citation sur facebook [Alan wants to use the Thunderizer to escape] But Alan, this equipment is only to be used in case of an emergency! [Tintin and Alan look at him] I guess this qualifies!

Partager la citation sur facebook Alan: Keep backing up... I've got a plan.
[Alan pulls out a rock catapult, aims it at The Hood and misses]
Tintin: That's your plan?
The Hood: It's not me you're angry at, Alan.
Alan: It's not you I'm aiming at.
[He shoots again hitting the console behind the Hood. The floor beneath Alan, TinTin and Fermat collapses]
Alan, Tintin, Fermat: Ahhhhhh!
The Hood: Get them!

Partager la citation sur facebook Lady Penelope: [arriving at Tracy Island after they send the emergency signal] This doesn't look good, Parker.
Parker: No, Milady.
Lady Penelope: [points with her pink umbrella to a potted plant on a nearby table] That Bougainvillea is absolutely parched! [points behind her to an old wooden hammock]
Lady Penelope: And someone should do something about that *hideous* hammock!
Parker: [after taking Lady Penelope's umbrella] Yes, milady.

Partager la citation sur facebook Alan: Hey, Dad. That stuff the Hood said, about you leaving him to die. He was lying, right?
Jeff: No. See, you can't save everyone, Alan. It doesn't matter how hard you try or how brave you are. It doesn't even matter if it's someone you love, someone you'd give your life in a second to save. You just can't save everyone.
Alan: What was Mom like?
Jeff: She was a lot like you.