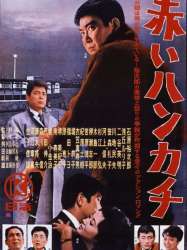 During a seemingly standard training mission a month after the war with the White Comet Empire, the crew of the Yamato face a new enemy: the mysterious Dark Nebula Empire. Kodai, Shima, Yuki, and the rest of the ship's crew have to ally with ex-enemy Desslar in order to foil the Dark Nebula's plans of strip mining Iscandar - the home planet of old friend Starsha, who helped the crew during their first voyage.
Déjà vu ?
J'adore In the distant future, the war between the human race and the aliens known as the Gamilons has destroyed the Earth. Radioactive asteroids have devastated the planet making its atmosphere uninhabitable. In an effort to assist the Earth, Queen Starsha of the planet Iscandar offers the Earth Forces a device that can completely neutralize the radiation.
Déjà vu ?
J'adore The Yamato and her crew face the onslaught of the Comet Empire, a civilization from the Andromeda Galaxy that seeks to conquer Earth, led by Zwordar the Great (Prince Zordar in the English dub). The Earth ship is aided by an antimatter woman, Teresa of Telezart (known as Trelaina in the English dub), while the Comet Empire has revived Earth's greatest enemy, the Gamilas' leader Desslar, who is eager for revenge. After an immense battle destroys the forces of both Earth and the Comet Empire, the Yamato destroys the White Comet's cover, revealing the Empire City that hid inside it. After a long battle, Susumu Kodai orders everyone else off the Yamato before ramming her into the Emperor's ship head-on, sacrificing his life and the ship to defeat Zwordar and save humanity.
Déjà vu ?
J'adore The water planet Aquarius is heading towards Earth after flooding the home planet of the warrior race of the Dinguil. The Dinguil use warp technology to make the planet move towards Earth faster than usual. The warrior race plans to flood Earth and make it their new home. When Earth learns of this, they make plans to evacuate humanity. Unfortunately, the Dinguil destroy the evacuation fleets. The space battleship Yamato, under the newly revived Jyuzo Okita (who seemingly died in the first season of the original series) now has to fight the Dinguil and stop Aquarius from flooding the Earth.
Déjà vu ?
J'adore