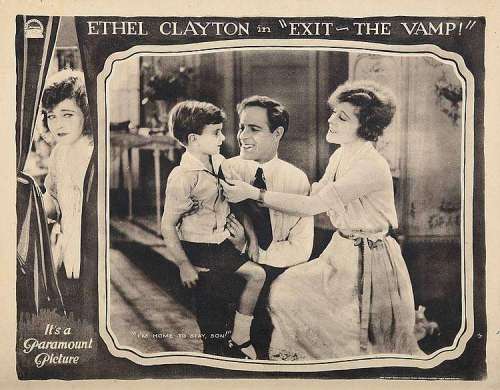 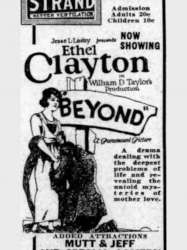 On her deathbed, the mother of Avis Langley begs her to watch over her wayward twin brother, Alec. Just before Avis is to be married to Geoffrey Southerne, Alec disappears and the spirit of Mrs. Langley appears to Avis to remind her of her promise. Samuel Ackroyd, from New Zealand, calls to explain that Alec who is engaged to his daughter has disappeared. Avis goes to New Zealand, finds Alec and persuades him to reform and marry Bessie and then sails for home. En route, the steamer is wrecked, and Avis being the only survivor is washed up on the shore of a small island. Geoffery, believing her dead, marries Viva Newmarch whom he does not love. After a year, Avis returns and her mother's spirit comes to console her. She declines to reveal that she is alive, however, until the accidental death of Viva creates the possibility of her reunion with Geoffrey.
Déjà vu ?
J'adore 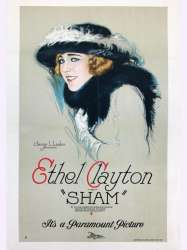 Based upon a description in a film publication, Katherine Van Riper (Clayton) is an extravagant young society girl who is very much in debt, and her wealthy aunts and uncle refuse to give her any money. Katherine is desperate enough that she is considering marrying the wealthy Montee Buck (Hiers), although she is in love with the westerner Tom Jaffrey (Fillmore), who says he is poor. Finally, Katherine decides to sell the famous Van Riper pearls, pay off her debts, and marry Tom. However, upon examination the jewelry turns out to be paste, with her father having sold the genuine pearls several years earlier before his death. Montee is assured by the aunts that Katherine will marry him and tells this to Tom. Tom is about to leave town when Uncle James (Ricketts) steps in and pays off Katherine's debts, leaving the niece free to marry Tom.
Déjà vu ?
J'adore 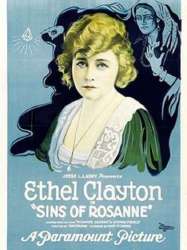 As summarized in a film magazine, Milly West (Ethel Clayton), a cabaret dancer becomes injured, and after a surgeon says she cannot become a mother, she gives up on love. Tim (Walter Hiers) loves her and after she rejects him, writes his mother in the country that he has killed himself. David (Clyde Fillmore), a man from the country, takes her there to recover and later wins her over.
Déjà vu ?
J'adore 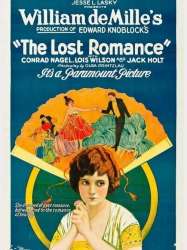 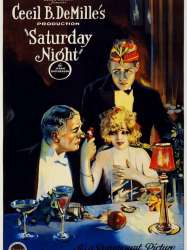 Shamrock O'Day, a poor laundress dreams of a marrying a rich man. Her neighbour Tom McGuire, the chauffeur of socialite Iris van Suydam, is secretly in love with his mistress. On the other side of the city, Iris is not happy with her pampered life and she dreams of living in a vine-covered cottage. Her rich young fiancé Richard Prentiss is just as tired of women of her class as she is bored with men of his.
Déjà vu ?
J'adore 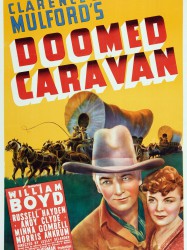 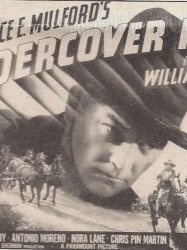