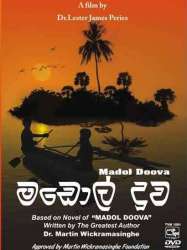 Sena (Milton Jayawardena) of weak character is sent to a boarding school at a well-to-do city university by his family who mortgage everything they own to pay for his education. Their future well-being is thus in the hands of Sena. Sena however succumbs to the temptations of city life and fails in his venture.
Résultats 1 à 10 sur 45
12345Page suivante >