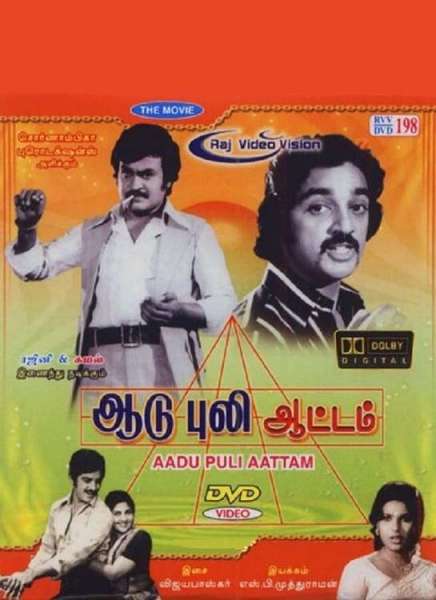 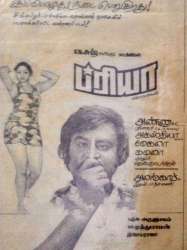 Priya (Sridevi) is a movie star, who is exploited by her producer Janardhan (Major Sundarrajan). Janardhan has such a tight control over Priya's financial and personal affairs that he refuses to let her get married to her boyfriend Bharat (Ambarish).
Déjà vu ?
J'adore 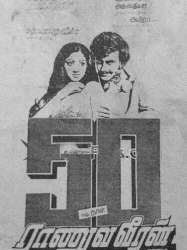 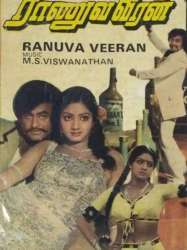 The film opens with Chiranjeevi being chased and caught by a group of policemen, but he escapes. Meanwhile, a young military man (Rajinikanth) returns to his village, which is known for frequent thefts and murders perpetrated by the mysterious "One-Eyed Man" (Chiranjeevi) and his gang of thieves. Rajini soon meets Chiranjeevi; the two were once college roommates, but they had since separated. In addition to Chiranjeevi, Rajini reunites with his father (Poornam Vishwanatha), an Orthodox Iyengar who always condemns him, and he finds out that his sister eloped with a man few years before, which he later finds out was other than the gangleader of the thieves himself, Chiranjeevi. Sridevi plays Rajini's love interest as a poultry farm girl in a highly glamorous role. The climax fight between Rajini and Chiranjeevi is the highlight of the movie. In the end Chiranjeevi gets shot by his own son.
Déjà vu ?
J'adore 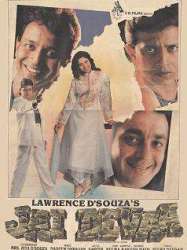 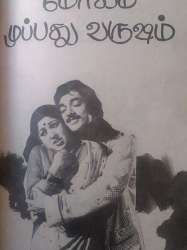 The story revolves around five people. Kamal Haasan, a city bred is married to Sumithra, a village girl. On the other hand Vijayakumar, a village lad and Phataphat Jayalakshmi, a modern woman are married. Jayalakshmi hates living with her husband (Vijayakumar) and eyes Kamal Haasan. Meanwhile Sripriya, a young girl wants at least to have a child with Kamal Haasan, attracted by him even if he doesn't marry her. As the title suggests, the film ends with Kamal Haasan overcoming all these issues and ends living with Sumithra.
Déjà vu ?
J'adore 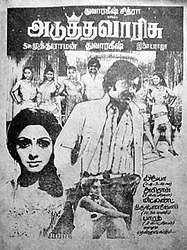 Rajinikanth plays the role of Kannan, a small-time bounty hunter who is enlisted by the crooked members of a royal zameen to
Déjà vu ?
J'adore 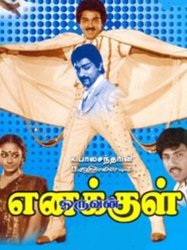 Madan (Kamal Haasan) is a dancer by profession who is a dream boy of all young girls. Kalpana (Shobana),a young woman, is irritated by Madan's fame and she badly criticizes his performances which attracts attention of Madan on her. He challenges that he would make her long for him and his love, but he falls in love with her. He tries to win her love in several ways but eventually fails. One night he gets into her house with a face mask which makes Kalpana to misunderstand that he is a thief and screams and alerts her home. Madan is trapped and handed over to the police. Madan, who is a son of pickle businessman Ooruga Ulaganathan (V. K. Ramaswamy) rescues him from Police custody and finds the reason for incident to be his love for Kalpana. Kalpana's father, who is a psychiatrist, finds that Madan is the son of his old friend Ulaganathan. Madan-Kalpana's marriage is approved and fixed then.
Déjà vu ?
J'adore 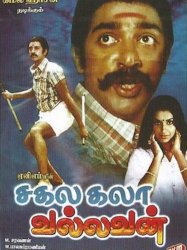 A young agriculturist Velu (Kamal Hassan) goes to extremes to attain revenge against his devious landlord and her family. He is an upright young man, but when his family gets cheated out of money, he decides it's time to take a stand. Donning various disguises, he—with help from his sister Valli (Thulasi)—sets out seeking justice against the landlord and her confrontational daughter Geetha (Ambika) and son Pazhani (Raveendran).
Déjà vu ?
J'adore 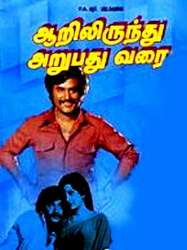 The story begins with a family man who has wife and 4 children. He values the present moment and indulges in his children and wife. Suddenly, one day, when his eldest son is just 6 years old, he dies in a road accident. The eldest boy, Santhanam, visits his father's boss and asks for a job. He gets a job and learns a trade running the printing press. He also does many other odd jobs. He aspires to give his siblings the comfort that his father wanted for his family.
Résultats 1 à 10 sur 70
123457Page suivante >